According to the researchers, class ranking in Northern Brazil was a tartan weave of wealth, education, social and ethnic heritage and color.

In one of their studies, it showed that these factors could so effect social status that a wealthy individual with obvious African heritage might be viewed as a ‘branco’, i.e. a high status white, rather than as a ‘Preto’, a low status ‘Negro’.

Nonetheless, Brazilians of all classes under study appear to have had more terms to define gradations of race – width of nose, texture of hair, color of skin – than the Inuit have for snow.

Brazil is a mixture of races and ethnicities, resulting in rich diversity. Brazil culture bears the marks of a multicultural influence in every aspect of its life. Many original Portuguese settlers married native women, which created a new race, called ‘mestizos’.

‘Mulattoes’ are descendents of the Portuguese and African slaves. Slavery was abolished in 1888, creating over time a further blurring of racial lines.Unlike many other Latin American countries where there is a distinct Indian population, Brazilians have intermarried to the point that it sometimes seems that almost everyone has a combination of European, African and indigenous ancestry.

Brazil culture is so colorful that it attracts many people to know more about Brazilians and experience the core of their vibrant culture. Their culture has been developed through time and shaped with the influences from a number of sources. In essence, their culture is the total of several European, American and Asian culture. In every form of art, be it music, literature, art, dance, or any other form, shows a distinctive character that is very special of Brazil. 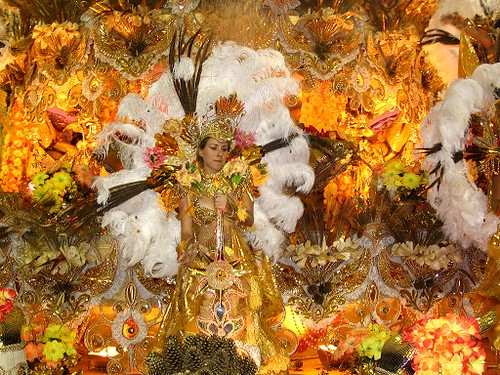 Football has a major effect on Brazilian culture. It is often the favorite past time of young Brazilians that can be found playing football on the public parks and streets. World Cup tournaments are a social phenomenon because Brazilians will skip work just to watch the national team play. There are even cases where the very workplace will set up apparatus for its employees to watch the event all-together.

Football is the most prominent and most popular sport in Brazil. They are a successful nation of football stars who have won many awards, including 5 FIFA World Cups. The National Team is immensely popular, not only in Brazil but also in the many parts of the world where football is appreciated, and there is also a renowned National League, boasting a nation-wide competition as well as several regional competitions. The Brazilian national team has been victorious in the FIFA World Cup tournament a record five times, in 1958, 1962, 1970, 1994 and 2002 and is the only team to have never missed a World Cup participation. Pelé, one of the world’s most recognized players, led Brazil to three of those championships and is the top scorer of all time in the sport. After the third win, Brazil kept the World Cup trophy permanently. Brazil competed in the 2006 World Cup as one of the favorites to win the competition, however it placed only 5th. Some of the contemporary talents in the national team prominent in the football world include Romário, Rivaldo and Ronaldo. Some of these players can be considered super-stars, achieving celebrity status internationally and signing sports contracts, as well as advertisement and endorsement contracts, in the value of millions of dollars. The current holder of the title of best football player in the world, according to FIFA, is Ronaldinho, who won the FIFA World Player of the Year prize in 2004 and 2005.